Try the Free Math Solver or Scroll down to Resources!

Multiple Choice
Identify the choice that best completes the statement or answers the question. 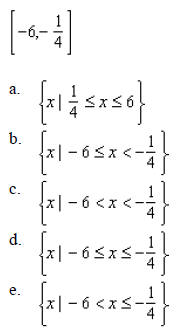 ____ 4. State the property of real numbers being used.

____ 5. Use properties of real numbers to write the expression 5( 8x ) without parentheses.

____ 8. Simplify the expression. Assume the letters denote any real numbers.

Assume that b is a positive number.

Eliminate any negative exponents. Assume that all variables are positive numbers.

____ 12. Use scientific notation, the Laws of Exponents, and a calculator to perform the operation. 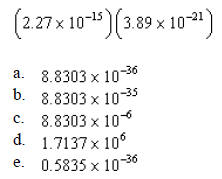 ____ 13. Use scientific notation, the Laws of Exponents, and a calculator to perform the indicated operations. State your answer correct to the number of significant digits indicated by the given data. 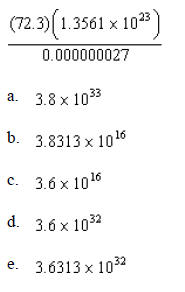 ____ 14. State whether the polynomial is a monomial, binomial, or trinomial, then list its terms and state its degree. 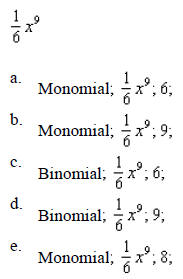 ____ 15. Perform the indicated operations and simplify. 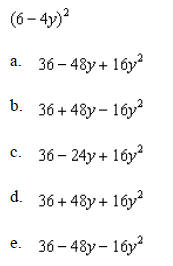 ____ 16. Perform the indicated operations and simplify. 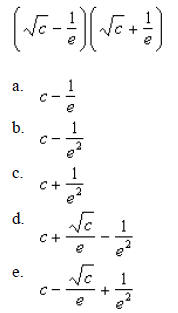 ____ 17. Perform the indicated operations and simplify. 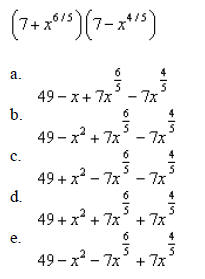 ____ 19. Factor the expression completely. Begin by factoring out the lowest power of each common factor. 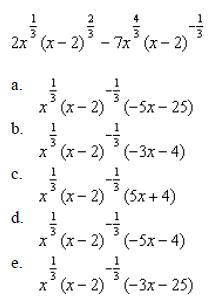 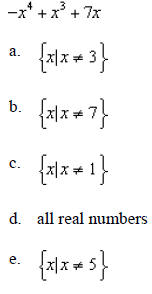 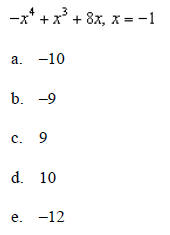 ____ 24. A large pond is stocked with fish. The fish population P is modeled by the formula

, where t is the number of days since the fish were first introduced into the pond. How many days will it take for the fish population to reach 416? 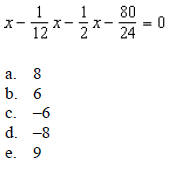 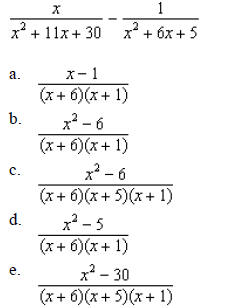 a. none of these 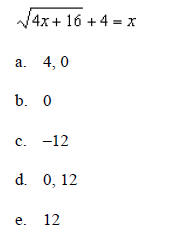